Did you know that according to the U.S. Fire Administration, 2,900 clothes dryer fires are reported each year? Many were caused by a failure to clean lint from the clothes dryer ductwork.

Cleaning out your dryer is easy and will save energy by decreasing your drying time. Cleaning consists of a long flexible rod and brush used to clean the dryer ducts and under the lint trap in your appliance.

Always begin by disconnecting the appliance from the A/C Outlet. After removing the lint screen use a small brush with a long handle into the trap area. Gently use the brush to remove lint by guiding to the opening and use a vacuum to further clean lint from under the lint trap.

Now… pull the appliance out and disconnect the transition tubing from your dryer’s exhaust. Vacuum all the debris around the appliance and be sure the slats are clean. Next, inspect the flexible transition for leaks, and replace if required. Otherwise, use a rotary brush and rod to completely remove the trapped lint.

The reaming cleaning is for the ductwork behind the wall, in an attic, or crawlspace. The warm moist air from your clothes dryer must vented to the outside of your home to prevent mold and water damage.

This can be the most difficult part, because of the turns and length of the pipes are on average 23 feet long. Will use our rotary brush and rods, up to 50 feet in some homes, to completely remove the trapped lint and other debris.

Almost there… connect the ductwork and clamp at both ends, slide back into place and connect the A/C. Then turn the clothes dryer on air fluff mode to complete.

Finally, check the dryer exhaust on the outside of your home. Make sure there’s good airflow and that the vent flaps are clean and opening wide. If there is a bid cover, remove clean and replace securely.

If you use dryer sheets, the lint trap will need a regular cleaning to remove the chemicals that build up and clog the mesh screen. Use dish soap and a soft brush like a toothbrush to clean. Rinse thoroughly and allow it to dry before in setting it into the appliance.

P.S. Did You Know That Dryer Vent Cleaning Save Energy… How Much Can you Save? Let’s learn at My Clothes Dryer Energy Use.

What do you Know about little ducks that toot?

This is a great read. My daughter wants to read this book over and over. It’s great finding content that is not only funny but teaches kids invaluable lessons on how to treat others.

You’ll be taken on a rollicking, fun-filled adventure that all children can relate to!  Check Out Color Me Ducky.

Learn about this duckling’s adventures in social consequences that come with being a uproarious, imaginative, and clever, Ducky Toot-toot.  Buy Now on Amazon

Amazon Customer Review:
“WOW! Finally, a bedtime story that made my kids and I laugh as we cheered for Ducky Toot-toot. Your kids will want to hear the story over and over, again and again. Funny and clever with life lessons learned.”

Author Biography:
Norman Duckhill, creator and writer, is a sales guru and the published author of $imple $imon $ales:Prospecting and Selling to Business Owners.

He has trained, presented, managed or coached sales teams for large corporations in the United Stares. He lives in the Chicago-land area with his family, enjoys creative storytelling, which spun itself into Ducky Toot-toot, and gets frustrated with golf.

The benefits to cleaning your dryer vent are:

Maintaining your Dryer’s Vent with annual cleaning will SAVE MONEY!

What is your Clothes Dryer Costing you?
Find the answer here: https://thelintking.com/dryer-energy-cost.html

Dryer vent cleaning removes clogged lint that builds up over time, and restores the drying time to about 45 minutes, which is normal.

We also remove bird nests from your home’s  bathrooms, kitchens, and dryer vents.

Check out this awesome watches

Michael store is a great place to shop for jewelry and today we are looking at Cool Watches. There is a wide variety of designer jewelry from Corum, Rolex, Cartier, Longines Movado and many more…

Let’s look at a few more of these bad boys…

Elk Grove Village Dryer Vent Cleaning Experts The Link King Inc. has a special offer. For a limited time receive $10 off our already low cost. So what does dryer vent cleaning cost?

The cost for dryer vent cleaning with The Lint King is $125 for most residential homes.

Keeping the airways of your dryer pipe clean prevents clogging of lint that will build up over time.

The benefits of vent cleaning are, fire safety, lower utility bills, and no bad odors.

At Xcel Performance Care LLC. we treat all of our patients like they were members of our own family. Our dedicated health care team will go above and beyond to make you feel welcome and cared for. We are better in a way that will result in you getting the results you seek, faster.

As personal trainers we support our members and want them to succeed. We’ve set high standards for ourselves to help make the tough work of training smoother and more satisfying for our clients.

Welcome to Schaumburg Rocks a website for all to find all things in Schaumburg Illinois.

There are no upcoming events at this time. 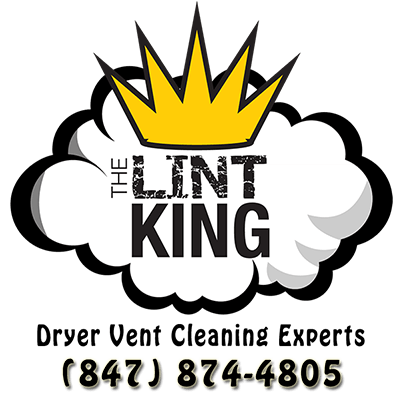 SEO TIPS From an Expert! 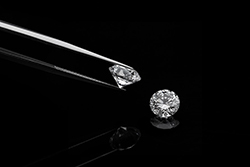